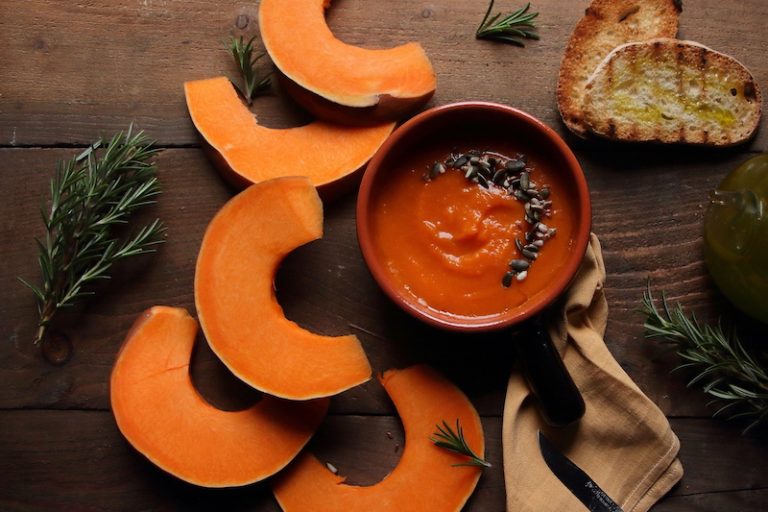 Autumn is a month full of changes. Temperatures drop, the swimming pool of the farmhouse is emptied and customers who love heat and sun give way to new guests attracted by the tranquility typical of the season.

The autumn months are ideal to enjoy the silence of the Tuscan countryside while walking in the orange-colored woods and admiring the suggestive phenomenon of foliage.

And for gourmets it is the best time to enjoy some of the specialties that the countryside gives us: pumpkins, chestnuts and extra virgin olive oil. 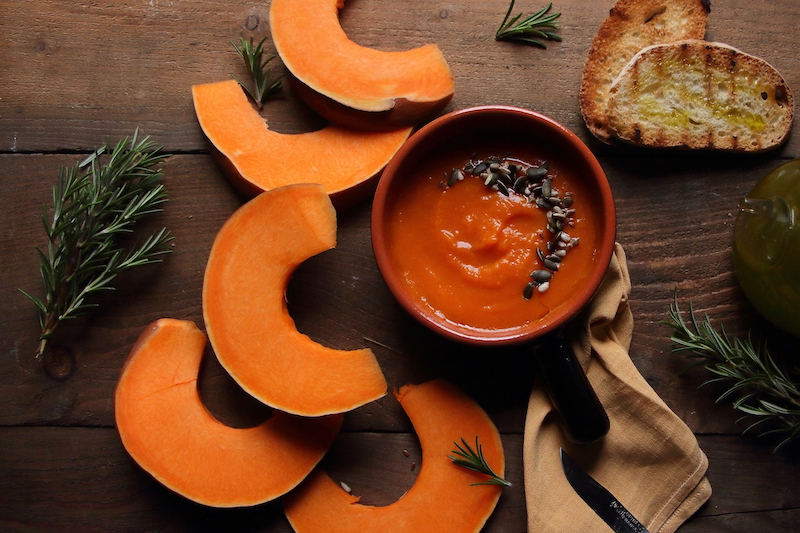 Pumpkins grow in our garden between September and November, in different shapes and varieties.

The Moscata variety is certainly the most famous. It’s round and flat with district ridges and is a beautiful bright orange. The Violin variety has an elongated shape which resembles a violin. Its pulp is very sweet. We also have many ornamental varieties which are used to decorate our autumn tablescapes.

But in addition to being beautiful and colorful, pumpkin is the main ingredient of many recipes.

Without a doubt, the pumpkin cream! A real delicacy.

Do you want our typical Tuscan recipe? 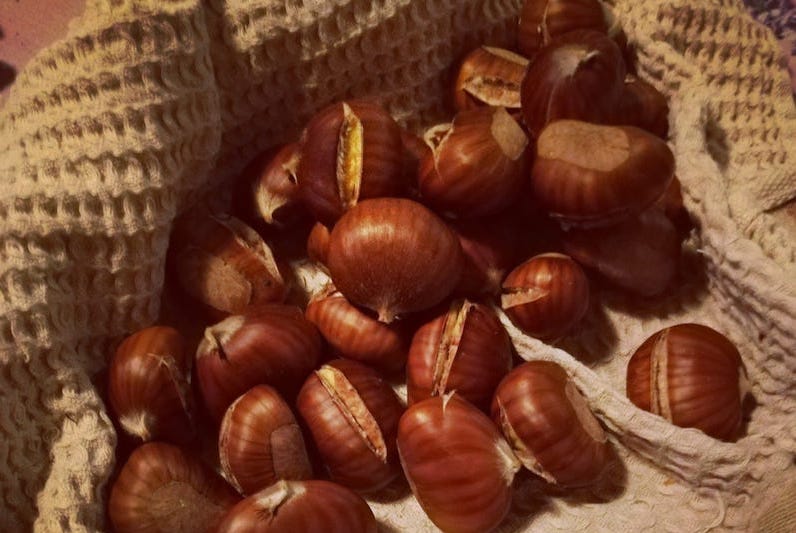 Mugello is famous for its chestnuts.

But what is the difference between chestnuts and marroni?

We tend to confuse them, we use them as synonyms to describe the tasty fruit we like to eat roasted.

They are actually 2 similar but different things.

When we talk about chestnut we mean the chestnut fruit. Fruit that is grown inside a husk and is collected at the base of the trees during autumn months. We can say that the chestnut is the most “genuine” version of the fruit, The one that in the past fed our grandparents who could not afford bread. In fact, the chestnut tree is also called “bread tree”.

But this very special fruit has been studied and grafted to give life to a superior quality of chestnut, the so called “marrone”.

From a cultivated chestnut we get husks which contain fewer but more flavorful fruits inside. The marroni in fact.

Our French neighbors are crazy about marron glacè or sweet Montblanc, but in our country, as well as roasted, marroni and chestnuts are transformed into flour to give life to numerous recipes.

The most famous? The Castagnaccio. 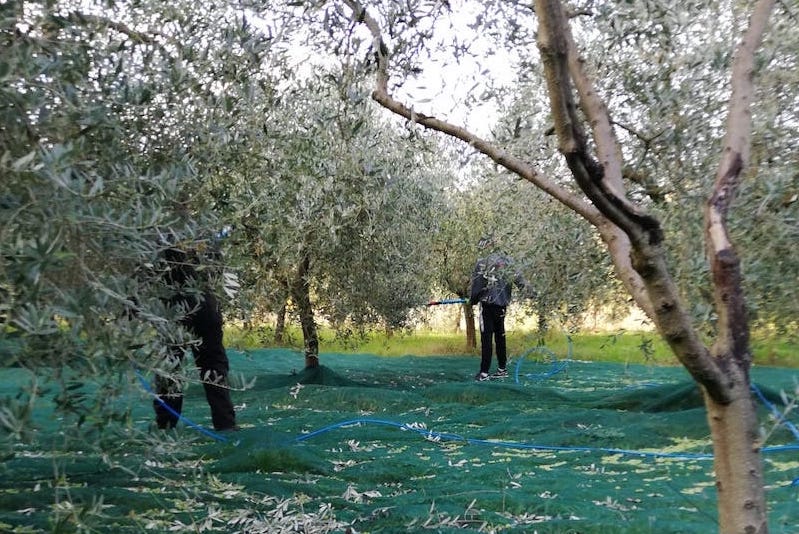 In the countryside every crop has its moment, and in autumn it is time to pick the olives to produce our extra virgin olive oil.

If you have been to Tuscany between the months of October and December you will surely have seen fields of olive trees covered with green tarpaulins and invaded by stairs and people intent on harvesting.

It is a ritual, a tradition, but above all the only way we have to produce an excellent extra virgin olive oil.

“Brucare” literally means manually picking the olives from the branches, and to do this we help ourselves with tools and sheets lying on the ground. It is a job that requires time and effort that is paid off with a high quality product.

There is nothing better than a slice of toasted Tuscan bread drizzled with a the season’s new oil. Is your mouth watering? Would you like some?

Don’t worry, our oil is on sale and can be delivered wherever you are !! 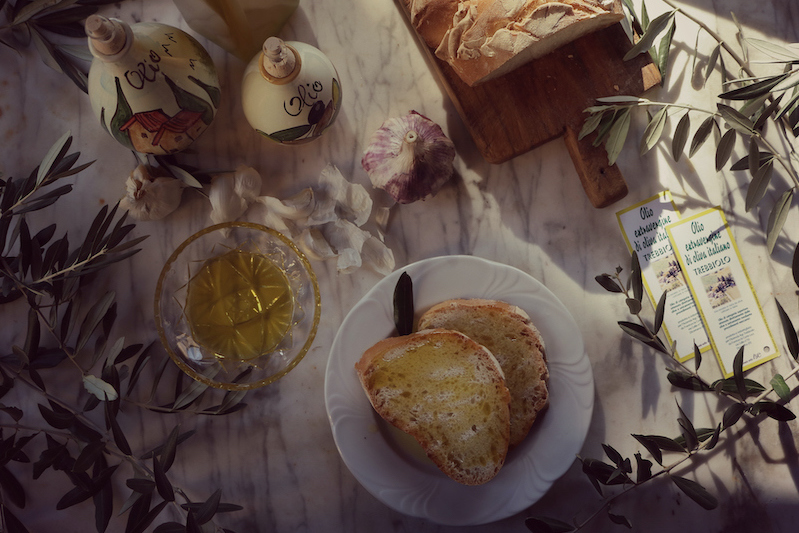